Kernel Knowledge Issue 2: The American Dream on a Plate, Corned Beef and Cabbage

Kernel Knowledge Issue 2: The American Dream on a Plate, Corned Beef and Cabbage 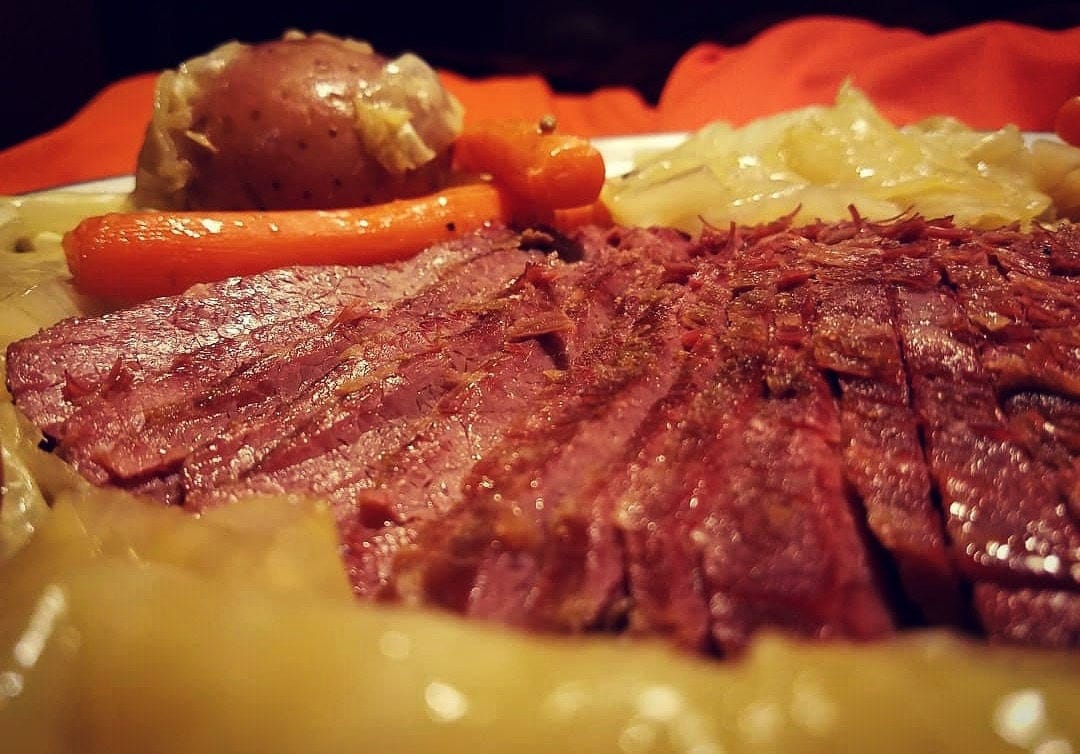 Welcome to Kernel Knowledge. The blog that fuses pop culture and food, while serving you a plate of knowledge. I'm your host Chef Darren, today I would like to tell you a tale. This tale is not fantasy or liberal fluff but I understand why you may assume it to be one. This is a tale about immigration, cultural heritage, the pursuit of a better life, and finding a place in a nation's collective zeitgeist. I am of course talking about the tale of Corned Beef and Cabbage and St. Patrick's Day. The story of Corned Beef and Cabbage is old by American Standards and the art of preserving meat in the manner of corning is Ancient. The earliest forms of Corned Beef is considered to be Salted Beef, a way of curing meat for preservation that dates back to the days of early man. The term Corned refers to the size of the grain of salt, which was common in this preservation style. Take one guess what part of the world was the biggest exporter of said salted beef? It was Ireland, with its lush farmland and ample coast. From the 1600s till 1825 the Irish were the worlds leading producer of Salt cured beef. This beef fueled the famed British navy through the Napoleonic wars. Back on the Emerald Isle, it was a different story. The beef and dairy that the Irish were so famous for was not for their consumption. The product was far too a valuable resource for the ruling British empire. They imposed heavy taxes on the meat to ensure that it was to be saved for export. The Irish were more commonly eating pots of stewed vegetables with a little bit of fatback or bacon to flavor, or Colcannon, which features most elements one would consider part of the corned beef and cabbage meal (boiled potatoes mixed with boiled white cabbage, boiled leeks or boiled onions) but has the added butter, milk, and wild garlic. The relationship between Corned Beef and The British Navy was so ingrained that the American colonies refused to eat it at first, viewing it as a sign of the British oppression. America, however, is the land of second chances and short memories. By the early 1800s, America developed its own cattle industry causing prices of beef to globally fall. During this time the ever-changing face of the American Immigrant changed again. Fleeing persecution in Europe and Asia people of the Jewish faith begin to settle the Tennimants of the cities. They brought with them the secrets of turning lesser cuts of meat into soft melt in your mouth meals, such as using preserved cuts of tough as shoe leather brisket and turning it into delicious potted meat for Sabbath dinner. The most beloved of these meals was Brisket Dinner, served on holidays such as Passover which often fell along with the first culling of the herds, which in return lead to affordability and spread of the meal across the US. The Irish who fled the potato famine settled the same tenements, that previously held the Jewish families. They lived in the communities that sprung up from the previous generation, eager to find comforts of their home, such salted fatback bacon, for their coddle but to their surprise the butcher's were Kosher. So they do what every survivor did, they adapted. Through the years the salt bacon was replaced with the Corned Beef based on availability, taste, and cost. Since 1737 St. Patrick's Day has been celebrated in the New World, since that time Irish American's and their friends gather to celebrate with a special dinner to remind them of their heritage. By the 1800s St. Patrick's Day was a commonly celebrated holiday across the US and the tradition of serving the Corned Beef was ingrained in the nation. Although it sounds like a work of fiction, Corned Beef the once symbol of forced slavery and oppression is now a cultural calling card of those people. What once was shunned for being a crop of the royals is now the symbol of their people, and what a tasty one at that.

Now that you know the history check out our method on making this delicious dish!

Previous Post Kernel Knowledge Blog: Issue 1 The Secret behind MSG headaches they don't want you to know....
Next Post The Killer Cook's Cranberry Sauce
0 items in your cart